OLD SCHOOL OF THE DAY 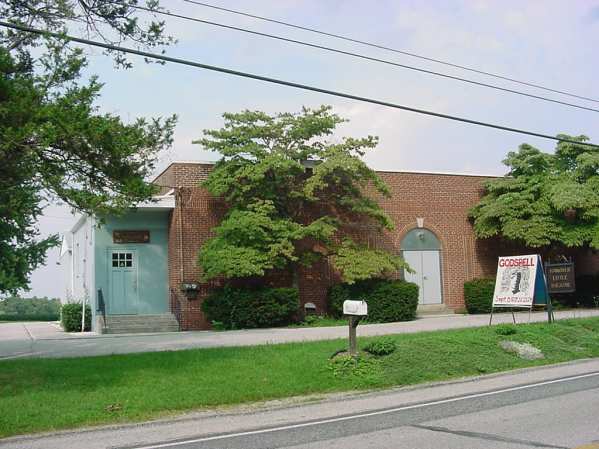 Blooming Grove Grade School was located on Blooming Grove Road.  It is now the Hanover Little Theatre. In Hanover, at the time of organizing of the Recreation Association, one of the groups included persons interested in drama. Several short one-act plays were given at the V.A. building, but it soon became apparent that a separate organization would be more practical. And so the Hanover Players was incorporated. Membership required only an interest in theatre. In the spring of 1949, the first major production, THE LATE CHRISTOPHER BEAN was given at the Eichelberger High School auditorium. In 1954 the Hanover Community Players moved to the Hanover Junior High School. The stage presented a real challenge and scheduling became more difficult to meet the school’s requirement. In 1957 the Players moved again, this time to St. Joseph’s school. The stage was larger, but technical problems still remained.  In 1958 the Players performed at the Lyric Auditorium on the band platform with a specially built stage to increase the acting area.  It became increasingly apparent that a theatre of their own was essential. In 1957 the Players enlisted the support of the banks and businesses in Hanover and were able to buy the two-room schoolhouse on the Blooming Grove Road, which they have occupied since. A minimum of alterations added a box office, lobby, and rest rooms at one end, a stage at the other, and a parking lot in the rear of the property. The first production given at the Playhouse was THE POTTING SHED in 1959. The second production was THE TENDER TRAP which was the official Grand Opening.