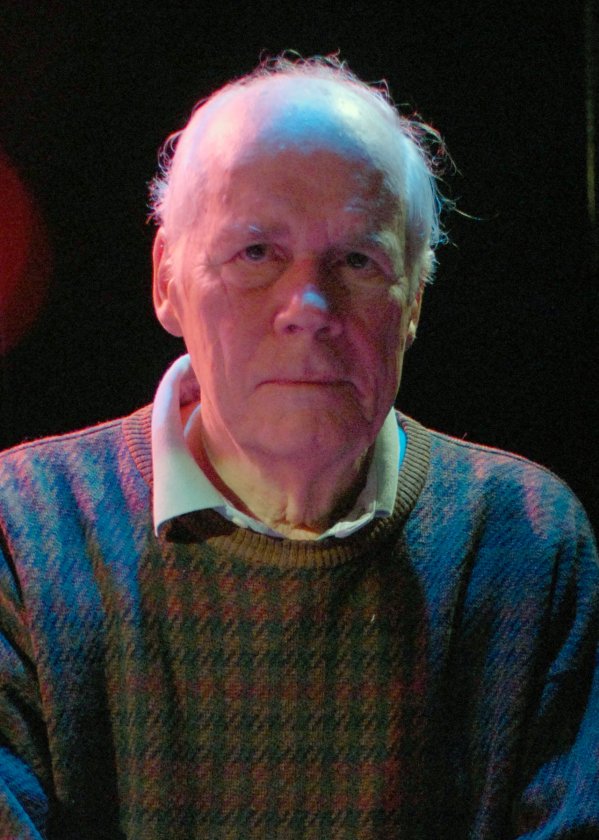 Arthur Terence Galt MacDermot (born December 18, 1928) is a Canadian composer, pianist and writer of musical theatre who won a Grammy Award for the song “African Waltz” in 1960 and has also written music for film soundtracks, jazz and funk albums, and classical music. MacDermot was born on December 18, 1928, in Montreal, Quebec, Canada, the son of a Canadian educator and diplomat.  Growing up in a musically oriented household, he played the recorder and the violin as a child. When he was a teenager his musical interests shifted from classical to American jazz, and he turned to the piano. He enjoyed the intricate swing compositions of bandleader Edward Kennedy “Duke” Ellington, but he also favored other music with a strongly rhythmic orientation, such as the boogie woogie piano of Meade Lux Lewis.  In high school he organized a Trinidadian steel drum band.

Educated at Upper Canada College and Bishop’s University in Sherbrooke, Quebec, Canada, he received a bachelor’s degree in history and English. In 1950 MacDermot’s father was given a Canadian diplomatic post in South Africa, and MacDermot accompanied his family there.  He received a Bachelor of Music in composition and organ from Cape Town University, South Africa, and made a study of the traditional music of black South Africans his specialty. A family cook taught him drum rhythms. He heard South African choral singing, and he came under the spell of several musicians who went on to international careers, such as  trumpeter Hugh Masekela, vocalist Miriam Makeba, and the Zulu-language doo-wop group the Manhattan Brothers. He also studied the piano privately with Neil Chotem.

Newly married and back in Montreal in 1954, MacDermot took a job as a church organist in the city’s Westmount neighborhood. His bent toward composition showed itself as he wrote new choral pieces for the church’s choir, slipping them into the Sunday liturgy by claiming that they had been written years before by famous composers. MacDermot moonlighted as a pianist in a jazz trio and as the organizer of a calypso band. Soon he was making contacts in the music industry. After penning music for a play called My Fur Lady in 1955, he was signed to a small Quebec label called Laurentien and released the album Art Gallery Jazz a year later.

MacDermot won his first Grammy Award for the Cannonball Adderley recording of his song “African Waltz,” the title track of the album of the same name, in 1960. MacDermot moved to England for several years in the early 1960s, then moved to New York City in 1964 where, three years later, he wrote the music for the hit pop-rock musical Hair, which he later adapted for the 1979 film. Its Broadway cast album won a Grammy Award in 1969.   The show included several widely recorded popular songs–“Aquarius,” “Good Morning, Star Shine,” and the musical’s title number–that left MacDermot financially set for life.  In 1970, ASCAP announced that “Aquarius” was played more frequently on U.S. radio and television than any other song that year.  MacDermot’s film soundtracks include Cotton Comes to Harlem, a 1970 blaxploitation film starring Godfrey Cambridge, Raymond St. Jacques and Redd Foxx, based on Chester Himes’ novel of the same name.

MacDermot’s next musicals were Isabel’s a Jezebel (1970) and Who the Murderer Was (1970), which featured British progressive rock band Curved Air. MacDermot had another hit with the musical Two Gentlemen of Verona (1971), which won the Tony Award for Best Musical. For that show, MacDermot was nominated for a Tony for best music and won the Drama Desk Award for Outstanding Music.  Later musicals include Dude and Via Galactica (both 1973) and The Human Comedy (1984), and later films include Rhinoceros (1974) starring Zero Mostel and Gene Wilder, and directed by original Broadway Hair director Tom O’Horgan; and Mistress (1992).   He writes his own orchestrations and arrangements for his theatre and film scores.

In 1979, MacDermot formed the New Pulse Jazz Band with a membership fluctuating between six and telve members, which performs and records his original music. The band plays as part of the on stage band in the current Broadway revival of Hair. MacDermot’s work also includes ballet scores, chamber music, the Anglican liturgy, orchestral music, poetry, incidental music for plays, band repertory and opera.  He composed the score for the 1983 musical adaptation of the William Saroyan play The Human Comedy which was revived in New York in 2003.  MacDermot was inducted into the 2009 Songwriter’s Hall of Fame. He lives on Staten Island. His wife’s name is Marlene.  He has four children, including a son, Vincent MacDermot, who plays the trombone and drums on some albums, and a daughter, Elizabeth MacDermot, who teaches English at Staten Island Technical High School.

MacDermot’s music is popular with collectors of jazz and funk. Working with jazz musicians such as Bernard Purdie, Jimmy Lewis and Idris Muhammad, MacDermot created pieces that prefigured the funk material of James Brown. In recent decades, his work has become popular with hip-hop musicians including Busta Rhymes, who sampled “Space” from MacDermot’s 1969 record Woman Is Sweeter for chart-topper “Woo hah!!”, and Run DMC, who sampled the Hair song “Where Do I Go?” for their Grammy Award-winning “Down with the King.”  Handsome Boy Modelling School (“The Truth”), DJ Vadim, DJ Premier and Oh No have all sampled the same segment from “Coffee Cold”, from Shapes of Rhythm (1966).  As part of his Special Herbs series, rapper MF Doom sampled three MacDermot songs from Woman Is Sweeter: “Cathedral” for his song “Pennyroyal”, “Space” for “Cinqfoil”, and “Princess Gika” for “Hyssop”. In 2006, rapper Oh No released an album produced completely with MacDermot samples, titled Exodus into Unheard Rhythms.

My collection includes the following works by Galt MacDermot: